For those not in the know I recently scored a pretty exciting gig with the Beijing Institute of Vertebrate Palaeontology & Palaeoanthropology.

China has had a bit of a renaissance of Dinosaur discoveries in the past decade, with incredibly well preserved fossil animals being unearthed with astonishing regularity from fine grain stone which revealed features such as feathers and skin impressions. Many discoveries have changed the way these animals were understood.

Luckily for me an opportunity arose through Dr. Dave Hone, a Visiting Scholar at the Institute doing his Post Doctorate under Professor Xu Xing,  a world renowned Palaeontologist.

I met Dave through his popular blog: ‘Dave hone’s Archosaur Musings’ (Hooray for the internet!)

So I was given the task of doing the first life reconstruction of two animals, one of them was Linheraptor exquisitus.

I was supplied with a draft of the paper as well as photos of the skeleton…. 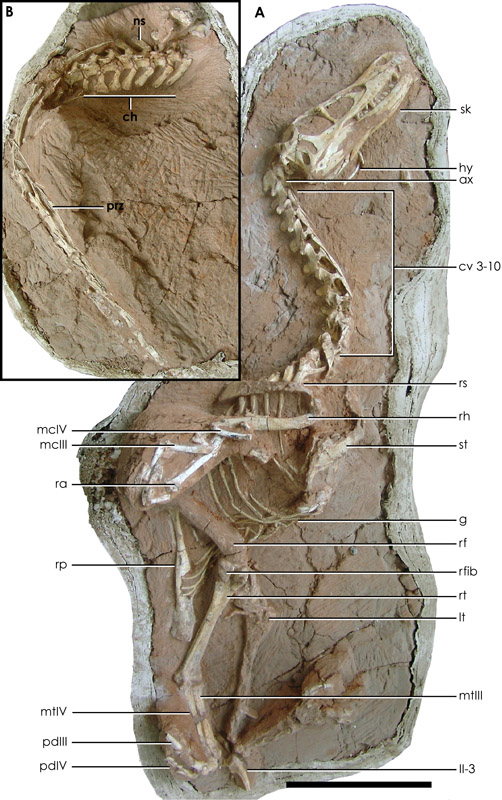 It’s a Dromaeosaur, a cousin to the well known Velociraptor. He’s about average size for this kind of animal, 1.8m long.

Reading the Scientific Paper gave me real appreciation of the depth of knowledge and level of detail Palaeontologists use in their study, it was a real education.

I was given plenty of advice and guidance through the process, though there was quite a bit of research and a bucket load of reference images of birds, animals and landscape. The anatomy, environment and behaviour needed to be accurate and Dave was very gracious fielding an awful lot of questions.

So, to coincide with the official release here is the ‘official’ reconstruction!(click image to embiggenate) 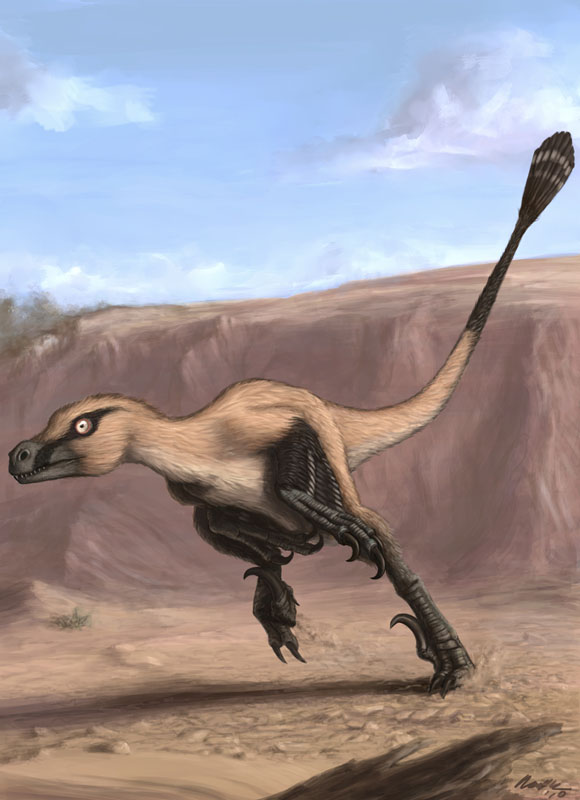 As you can see it’s covered in feathers, based upon fossil findings of related animals. The feathers had to conform in shape and layout to known relatives.

Colour and patterning were based upon environmental and lifestyle factors and modern counterparts with similar lifestyles.

The image was painted in Photoshop, which allowed plenty of flexibility, which was good as it went through many revisions along the way!

I’d like to thank Dave for giving me this great opportunity.

Be sure to take a look over at Dave’s blog for the full details.

Matt (email details are on the about page)